It’s not the years, it’s the mileage, they say.

Thing is, the ever-young Bruno Spengler doesn’t appear to have aged a day since making his DTM debut way back in 2005, as a baby-faced rookie. Through his title-winning campaign in 2012 – when he led a returning BMW to astounding multiple honours – and his evoluton into DTM elder statesmen, Bruno has always maintained a laidback charm.

As one of the most likeable faces in the DTM paddock, he bid farewell to Europe, and a new career in IMSA, at the end of 2019. As he embarks on that new adventure, he spoke to DTM about his new role in North America, and put his mighty DTM legacy in perspective.

Daytona – start of a new chapter

“But, at the start of the race, my team-mate hit some debris on the track – possibly some carbon bodywork – which fractured an oil-line and forced us to box. The mechanics did an amazing job to get the car fixed, but we lost 13 laps. Sadly for us, there was no chance to come back.

“Still, I’m really looking forward to the IMSA challenge. There’s definitely lots to learn. I haven’t driven the M8 much in comparison to the DTM car, and there’s a lot that you need to adjust to – the M8 doesn’t have carbon brakes, for example, and a lot less downforce. So there’s definitely a learning curve – especially after 15 years in DTM!”

“I have two favourites – and can’t choose between them!

“One would be my first DTM victory, at the Norisring in 2006 – which was very special. I was third on the grid, behind Jamie Green and Bernd Schneider, but had really good pace and was able to take my first win.

“The other would be my victory at Hockenheim at the end of the 2012 season. I came into that finale behind points-leader Gary Paffett, and I knew I needed to beat him to win the title. I qualified third, just behind Gary, but got ahead and had him behind me for the whole race, knowing that if he got past, he’d win the title. That was intense – but a great moment.”

2. My most underrated performance

“It was probably the Saturday race at the Nürburgring in 2018. I was third on the grid, behind René Rast and Gary, but I was so fast in the race: I was able to get past Gary and then started to catch René massively. As we crossed the line, I was less than a second behind – I just needed another lap or two and I could have had him!

“The car that I’ll best remember is the BMW M3 in which I won the championship in 2012.

“At the first race at Hockenheim, we weren’t expecting to be fully competitive – it was BMW’s first season back in DTM, remember – and our expectation for the year ahead was for podiums, and maybe one win. But our winter testing had been positive, and we were really quick at the first race.

“That whole period developing the car was extremely interesting. Obviously, it was a new team, but I could really bring my experience to the fore. I was able to work very closely with the engineers, which I really enjoyed. Taking pole and victory at the second race, Lausitzring, really showed what we could do – and it always stays in my mind.”

“I remember fighting against Mattias Ekström at the Norisring in 2010. I’d qualified ahead of him but lost a few positions, which allowed Mattias to get ahead. I pushed like crazy to get past him, finally locking up massively to get up the inside into the first corner. I finally finished in P3, just behind him.

“Mattias was definitely the hardest driver I had to race against in DTM. We had a lot of great fights. At the start, we got off on the wrong foot – we had a couple of on-track clashes – but we really learned to respect each other. He was a hard guy on the track.”

“In 2015, we were developing the BMW M4. We didn’t win the title that year – in fact, we didn’t even win a race – but I had a very good engineer that season. We didn’t quite have the pace to challenge for the championship, but we took home six podiums. More important, we never gave up and we worked together as a team to string together a series of strong results. We worked really hard for those.

“But I’ll never forget 2012. It was BMW’s first year back, and it would have been easy to get a couple of good results under our belts and then just relax. But we didn’t, the whole team worked massively hard – we never settled for second best – and we worked like crazy all season.

“We won not only one championship, but three – the drivers’, teams’ and manufacturers’ – and that was due to the effort of Team Schnitzer. We had amazing support from (team boss) Charly Lamm. He was an incredible person – not just for me, but for so many people in international motorsport – and I think the world of motor racing still really misses him., 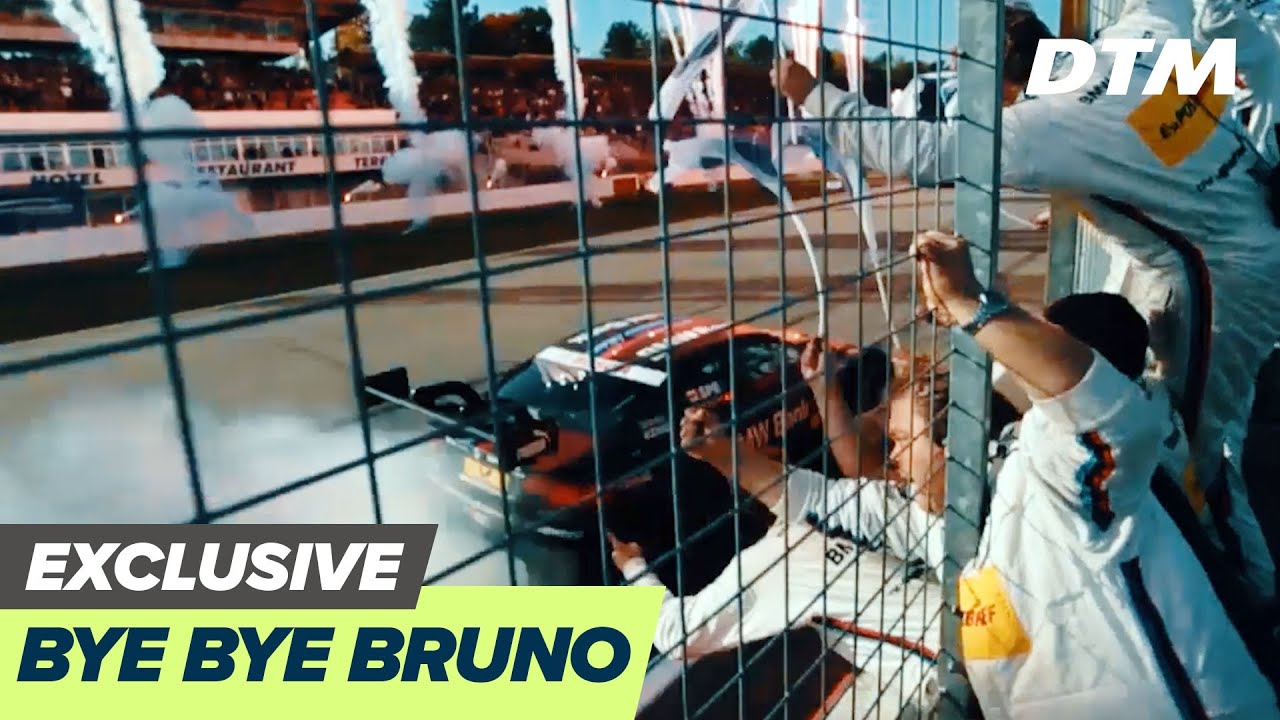